In addition to practical experience in operating small businesses themselves, our staff have many years of combined business experience and hold a variety of advanced business degrees. The SBDC also taps the expertise of industry experts, successful entrepreneurs, and other business professionals to deliver its educational programs.

Tunca Cali is the Marketing, Training, and Informatics Manager of the Duquesne University Small Business Development Center. He earned his MBA degree from Duquesne University. He has worked with several clients over the past years and helped them to develop marketing strategies as well as marketing and coordinating the training events offered by the SBDC.

Don Lodge is a Business Consultant at the Duquesne University Small Business Development Center. He is also a certified business coach who has worked with over 300 small business owners since 2002.  His areas of expertise include profitability improvement, effective sales techniques, and employee relations.

Douglas Harding brings over 35 years of managing international business development activities for various multinational industrial manufacturing companies, including a new venture within PPG Industries. Having traveled extensively throughout Latin America, Europe, Middle East, and Asia, Douglas has a deep intuitive understanding of business interactions in diverse cultural settings and has been able to bridge the culture gap to lead new business activities in many international industrial markets.

Douglas is a native of Venezuela and is fully bilingual in Spanish.

Cynthia graduated from the Indiana University of Pa. with a bachelor’s degree in Journalism/Public Relations and a master’s degree in Public Affairs. She is completing her Ph.D. in Higher Education Administration from the University of Phoenix. Cynthia is a nationally certified fundraising executive (CFRE) and a certified Executive Director with GSUSA.

Cynthia has a diverse background with over 30 years’ experience as a senior executive in both the public and private sector. She has served as CEO of several local nonprofits including the Girl Scouts, Mothers Against Drunk Driving, and most recently as Executive Director of the East Liberty Chamber of Commerce. In the private sector, Cynthia worked for 10 years’ owning and assisting in managing the family’s real estate investment business where she specialized in buying, rehabbing, and marketing residential real estate. Cynthia currently owns and manages The Social Source Marketing, offering digital marketing services to small businesses.

With the growing demand in our region, and to best support our business environment, Jeff will be responsible for specialized consulting with small business clients, providing guidance and recommendations toward business financing institutions and other referral sources, and providing written recommendations for improving the performance of the client’s business. Jeff will primarily work closely with the Lawrence County Regional Chamber of Commerce/Lawrence County Economic Development Corporation to support the growth in the region.

A native of Punxsutawney Pennsylvania, Jeff comes to the group with an extensive background in budgeting, small business development, project management, financial analysis, capital planning, and forecasting. Jeff holds a bachelor’s degree from the Indiana University of Pennsylvania, a master’s degree from Colorado State University, and an MBA from Robert Morris University. With a career that has spanned from large corporations to private equity startups, he has more than 15 years of experience in business planning and technical roles.

Initially trained as a geologist, Jeff began his career in oil and natural gas development in eastern Kentucky, southwestern Pennsylvania, and northern West Virginia. After earning an MBA, he shifted to focus primarily on corporate mergers and acquisitions, capital budgeting, and operations scheduling. More recently, Jeff consulted with bars, restaurants, and beer distributors during the pandemic to navigate business acquisitions and divestitures, contract negotiations, and bank financing. Jeff looks forward to employing his business expertise to tactically serve current and prospective business owners throughout Pennsylvania.

The Duquesne Small Business Development Center was founded in 1986. Learn more about the services we offer. 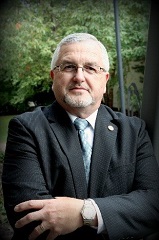 Russell is a native of the Southern Tier of New York but traveled to Dayton, Ohio to attend Dayton Bible College, where he earned his Bachelor of Arts degree. Since graduating, he has continued his studies in Business Administration and Management.

He brings over 40 years of economic development and business creation/counseling experience to the SBDC, 35 of which was concentrated in Business Incubation, including Concept to Commercialization for a variety of business genres. Until recently he was also the owner/President of Incubation Operations, Training and Applications (IOTA), headquartered in Albuquerque, New Mexico.

In terms of leadership, Russ has held a variety of positions: Director of the WESST Enterprise Center, Erie Technology Incubator at Gannon University, and Director of the Tech Ventures division for a non-profit in Southeastern, Ohio, just to name a few. His extensive background continues to attract several interested small business owners. 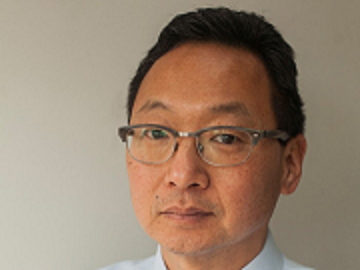 Dr. Yu is a life sciences and technology development professional and entrepreneur with 25+ years of experience in both startups and large companies. Dr. Yu brings an array of skills and expertise to the Business Consultant role including strategic planning, R&D project planning, grant writing, and operations management.  He has a track record of achievement with over 30 publications and patents along with being PI or co-PI on seven SBIR/STTR grants.  Demonstrated strengths include creative problem solving, team and collaboration building, and effective outreach and communications. 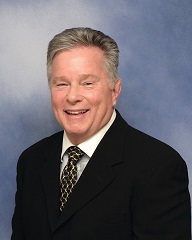 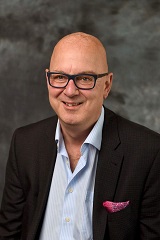 Michele Migliuolo, a multi-decade advisor, coach, and investor to technology startups, is an entrepreneur who has co-founded five high technology companies in the semiconductor, medical device, and energy sectors. He has decades' experience as an executive in the manufacturing and sales of scientific capital equipment and analytical instruments.

Michele is a Professor and Director of the Center for Excellence in Entrepreneurship at Duquesne University's Palumbo Donahue School of Business. Recently Michele was an Executive in Residence at TechGROWTH Ohio, a Venture Development Organization funded in part by the State of Ohio's Third Frontier Fund, and Commercialization Alliance Manager at Innovation Works, the seventh most active seed-stage investor in the United States, where he managed the relationships between member organizations to provide world-class commercialization expertise and take the lead on accelerating technology transfer of federal research performed at the Department of Energy's (DOE) National Energy Technology Laboratory (NETL).

Michele is fluent in multiple languages, and is a member of the APS, the ASMS, and the IEEE, and has published over eighty papers, including patents, refereed publications, contributed proceedings, and invited presentations. 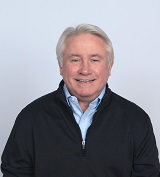 John McMurtry is a CPA with over 40 years of experience in helping many closely-held, privately owned businesses in navigating the various stages of the business life cycle.  John was a founding member and managing partner of KFMR, a regional accounting and consulting firm.  After merging KFMR with a top 10 national firm, Clifton Larson Allen, LLP (CLA), John assumed the role of Managing Principal of the Pittsburgh office of CLA.

John has an M.S. in Accountancy from Duquesne University where he also was a member of the adjunct faculty and the accounting department advisory board.  He received a B.S.B.A. from Robert Morris College, where he also studied Taxation in the school’s graduate program. He is a member of the American Institute of CPAs, the Pennsylvania Institute of CPAs, former president of the Allegheny Tax Society and DFK International/USA. Over the years, John has served on a number of non-profit boards and has spoken to numerous organizations, including the Penn State Annual Tax conference, on various business, accounting and tax topics.